What is Thoughtless Awareness?

In Sahaja meditation, the state of consciousness known as thoughtless awareness, works in tandem with the flow of your inner energy.

Thoughtless Awareness is the fourth level of consciousness, or Turiya state, a higher plane of consciousness that allows the human mind to transcend the normal abilities of the three ordinary wake, sleep or dream states. In thoughtless awareness, the brain ignores ordinary things and becomes engrossed in the purest form of consciousness itself.

This pure consciousness is the true person, not his or her body, mind, senses or thoughts. This is essentially the state we often hear referred to as perceiving and experiencing the “inner self.”

How does one achieve thoughtless awareness?

In Sahaja meditation, it’s the awakening of the Kundalini energy through simple techniques that takes us to this fourth level of consciousness. Achieving thoughtless awareness with an assist by the inner energy is much easier than trying to achieve thoughtless awareness at the level of the normal mental plane, where you’re surrounded by the very thoughts and feelings that you’re attempting to transcend. The energy, as it rises, does much of the work for you, functioning like rocket fuel that propels you to the state of thoughtless awareness. When it crosses the sixth energy center or the point of the optic chiasma, thoughts in us begin to recede and we are taken into the thoughtless awareness state.

Initially, we raise the inner energy in an attempt to reach the state where our thoughts recede and emotion is detached from thought. From there, we can observe our thoughts and feelings without judgment or emotional reactivity. This state occurs as a result of the union of the inner energy with the universal, cosmic energy.

Thus, thoughtless awareness and energy flow complement each other perfectly and work together in perfect harmony. The more one meditates, the greater the degree of replenishment of this vital energy. Over the longer term, falling into this positive upward spiral of energy associated with Sahaja meditation can allow you to realize significant benefits in every aspect of your life.

Warning: include(): Filename cannot be empty in /home/748059.cloudwaysapps.com/znxvfcncpw/public_html/wp-content/themes/sahaja/inc/custom-get-template-part.php on line 10

Warning: include(): Failed opening '' for inclusion (include_path='.:/usr/share/php') in /home/748059.cloudwaysapps.com/znxvfcncpw/public_html/wp-content/themes/sahaja/inc/custom-get-template-part.php on line 10 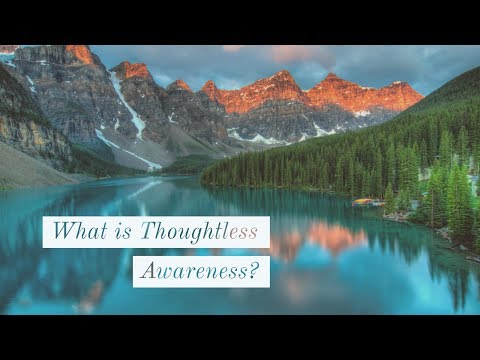 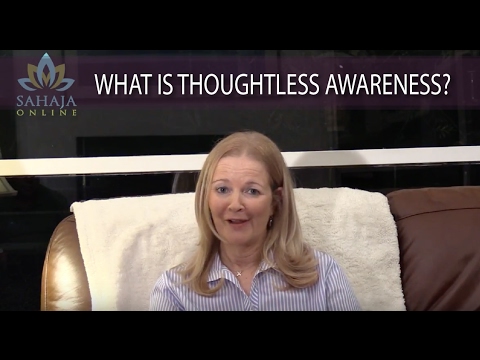 What is Thoughtless Awareness?

Scientific Evidence
Explore recent scientific documentation of the state of thoughtless awareness, including its precise neural correlates in the brain and the practical benefits this higher state of consciousness provides.

Self-Realization: The Enabler
Learn how the energy-driven process of Self-Realization enables our attention to rise to this higher state of consciousness.