Getting rid of the meditation stereotypes and cliche’s 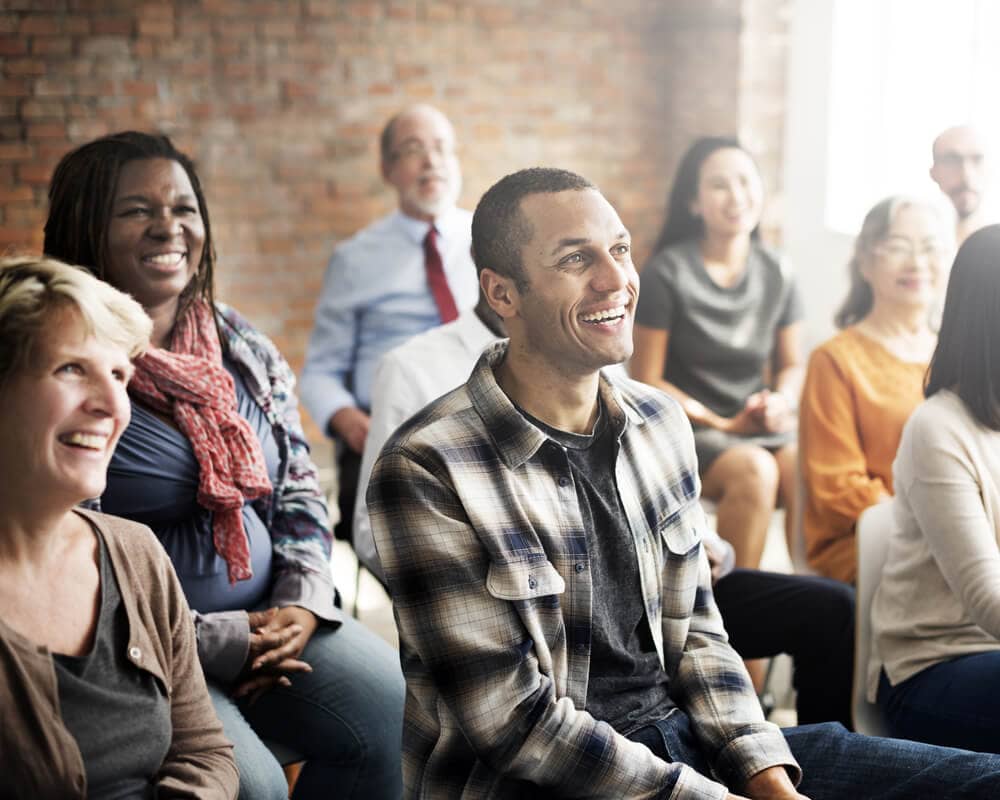 The 80s and 90s saw the rise of yoga and meditation in America as a mystical and exotic offering. Spiritual gurus from the East were flooding the country, trying to make a killing with their bizarre, pricey and hodgepodge spiritual products. And it resulted in those seeking or practicing meditation becoming branded and defined by unique and often weird or eccentric habits, viewpoints and lifestyles. For instance, they came to be associated automatically with organic food, green living activism, veganism or vegetarianism and naturopathy.

But even more annoying were some literal stereotypes wrongly associated with meditation. These were people in yoga pants and on yoga mats in a cross-legged pose, and the index finger curled up, sitting on the beach and gazing at the skies and the ocean in front of them with an artificial look of serenity. They would freakishly wave their hands for some sort of energy emanating from their “shakras” (as wrongly pronounced by them) and following some hideous “path to enlightenment.” Ugh.

The character of Dharma from the famous sitcom “Dharma and Greg” comes to mind. Subtly, the sitcom made fun of these stereotypical behaviors. And such people were often made fun of by most of the general population that saw it difficult to embrace something exotic and weird like meditation.

Only since the new millennium have things have gotten real and serious with meditation. Several medical research and scientific studies have brought out the real benefits of meditation. The adoption of meditation is increasing sharply, with its benefits proven to be beyond just stress relief.

But a lot of the weirdness and stereotypical behavior can still be found amongst those practicing meditation.

The good news is that Sahaja meditation is the most anti-stereotypical form of meditation you can find, even though it goes deep into meditation and spirituality. It’s not for mystics, monks, or necessarily for the green movement believers. Nor does it propagate vegetarianism or naturopathy obsessively.

It’s for the ordinary people who live in families, pursue a career, love watching movies, enjoy reading and music, watch science fiction and maybe even like a bit of fashion and supercars.

And for those of us, who are not exactly lean or with a great muscular build, but trying to lose weight. And there’s no need to worry about enjoying our sumptuous meatloaf, pizza and pie. For some reason, the image of a skinny person suffering in life without any enjoyment or indulgence seems to go with that of a meditator.

Yet, the practice of Sahaja is also powerful and gets people to focus on what really matters in life – spiritual self-improvement and personality development from within.

Let’s break the myths and typical stereotypes associated with meditation.

Let’s do away with the pretentious Namastes, saffron robes, minimalist living and weird hillbilly behavior. Professionals in every field practice meditation. You don’t have to go to the Himalayas or chase the Indian “gurujis” anymore.

In fact, some of our instructors and long-time practitioners on Sahaja Online are architects and medical professionals.

The knowledge of the Kundalini and chakras isn’t exotic anymore.

A lot of scientific research and studies back up the benefits of meditation. And as Sahaja Online demonstrates, we are at the cusp of a bridge being established between science and spirituality. Deeply spiritual meditation offerings like Sahaja are proving that the MRI scans of the brains of meditators can reveal interesting facts.

For instance, a 2016 Sahaja meditation study using the brain structure imaging techniques of MRI and Voxel-Based Morphometry (Hernández et al, 2016 ) found that long-term Sahaja practitioners (compared with non-meditators) had significantly larger grey matter volume not only throughout their brains overall, but also specifically in the left ventrolateral prefrontal cortex and left insula. These are regions associated, in part, with emotional intelligence. The same was found in the right hemispheric regions associated with, among other traits, aspects of socio-emotional intelligence such as self-awareness, feelings of empathy, compassion, and altruism.

Sahaja Online is the largest one-stop-shop for anyone to connect the dots between science and spirituality. While the direct existence and characteristics of the Kundalini and chakras are yet to be proven by scientific studies, it is only a matter of time before we get there.

You don’t have to have a lean and flexible body to do meditation.

All the images that we see of people practicing meditation are unreal to the point of making us feel guilty about our bodies. They show people in yoga poses and completely lean and fit as though that in itself is a measure of how successful their meditation is. It’s not. Yoga has come to be associated with just physical exercises and some expert yoga practitioners may be and look very fit. That’s not necessarily the case with meditation and spirituality.

You could be lean, handsome or pretty and not know the difference between your Kundalini and your Kindle device. What’s more important is your Spirit within. The focus is on something deeper and higher, not on your physical characteristics or your attire.

Having concern for nature and the environment is good, but we don’t need to go crazy about it.

Some unnecessary assumptions are made that people who meditate are environmental activists or obsessed with green living. While those who meditate certainly respect Nature and Mother Earth, they don’t go overboard with these things.

But you can if you want to – the point is, that it’s a personal choice and does not have a bearing on whether or not someone is a meditator. Vice versa, believing or eating organic or even non-GMO food doesn’t necessarily mean you’ll be good at meditation.

Traditional medicine, pharmaceuticals and alternative remedies and therapies are all good and essential.

The other stereotype that gets tagged to meditation is that these are people who hate the “Big Pharma” and are even anti-vaxxers. While those are personal viewpoints, they don’t correlate with whether someone is or isn’t a meditator. The balanced meditator will use the right type of medical care and treatment according to the situation on hand.

Meditation doesn’t cause you to lose your common sense or scientific temperament.

Unfortunately, in the 80s and 90s, meditators were seen as weird in some way and not inclined to do what normal people would. Some were even considered to be part of followings and cults that revolted against scientific aspects or people in the scientific community. Naturally, such people began to define what a meditator might be and their beliefs.

The real meditator, on the contrary, is perhaps the most scientific person and one with a lot of common sense. Such people use their intellect in day-to-day decisions, and the fact that they also pursue spirituality and energy-based meditation does not mean they mix and match both.

Meditation shouldn’t cause you to feel superior, in fact, the opposite.

Another problem with the typically seen meditator is the notion that they consider themselves somewhat superior or special beings. This is once again a misconception that meditators have brought upon themselves in society. Real meditation makes you humble and simple, without any feeling of superiority or bias of any kind.

Meditation shouldn’t cause you to live in a cocoon, in a world of your own.

There’s a tendency to separate out meditators as people that are in a world of their own, uncaring or distanced from what’s going on around them. They seem to be in a heavenly blissful state in some nature resort breathing fresh air while the pollution in the world is increasing global warming at an alarming rate.

This comes from the fact that, for centuries, people have had to find recluses in caves, away from civilization to attain spiritual heights. This is no longer true today.

The truth is that the real meditator is very much involved and tuned into what’s happening in the world, and also focused on how to make things better.

Meditation is not meant to isolate or separate yourself from society, instead, makes you an instrument for gradual societal reform.

Meditation does not make you lose your independent thinking.

Many people seen meditating are seen as followers of some fanciful new way of life, abiding by its protocols. Instead, those who meditate are people with sound independent thinking and law-abiding citizens. They question everything and try to understand problems and solutions at a deeper level. Blind acceptance is never part of their character. While they practice something different, it isn’t without proper understanding or validation.

People who are calm and composed at all times may be mistaken for those who are lethargic and unable to show the necessary urgency and drive to take action, but it is the opposite with meditators. With striking clarity and a high level of productivity, those who meditate solve more problems much more quickly.

Meditation doesn’t mean you can’t be financially savvy or successful.

A natural assumption is that those who meditate believe in some sort of world peace that shuns competitiveness, ambition and without the knack of being successful with careers and money. The fact is that meditation has nothing to do with how smart or successful you can be in any aspect of life, nor does it teach any association with socialism, communism, or capitalism. Meditation teaches you to know yourself, discover your potential and realize it in your life.

Meditation doesn’t mean you cannot have comforts. You just shouldn’t be attached to them.

Another common misconception about meditation is that it teaches you to give up all the luxuries or good things in life. The association perhaps comes from Buddhist meditation practices. But even those practices preached a higher truth that attachment to anything is to be avoided, not the use of the object or comfort itself. For instance, you could live a comfortable and luxurious life or a plain one without comforts, as long as you aren’t attached to either. It just shouldn’t matter to you or be in your attention.