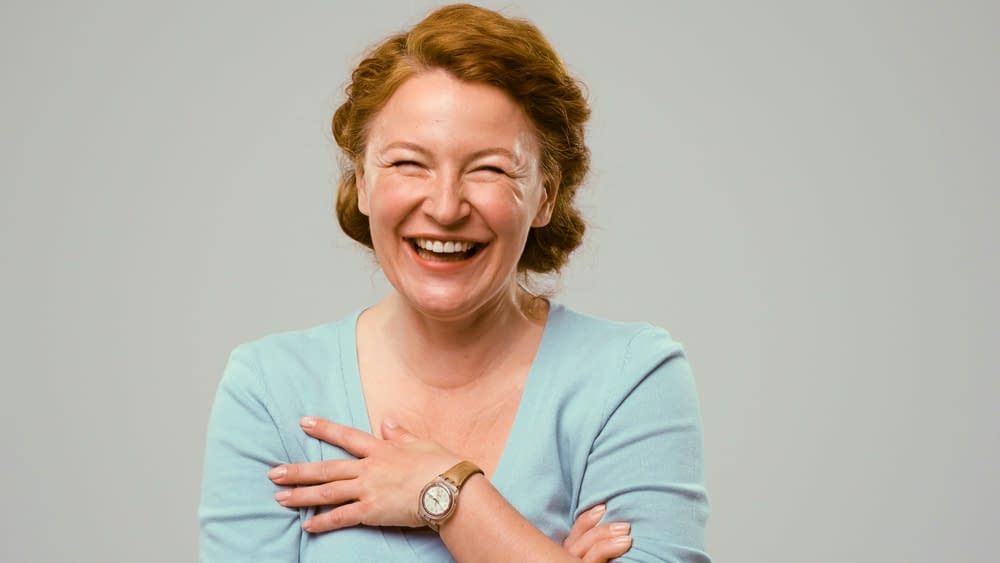 In The Emoji Movie, multi-expressional emoji Gene, who lives inside a teenager’s phone, finds himself unable to stick to just the one emotion assigned to him. He is determined to be a malfunction that must be deleted so he embarks upon a journey to become a normal “Meh” emoji like his parents. But Gene, the emoji who couldn’t help but express multiple emotions, may have been on the right track all along.

Emotion, it turns out, is far more nuanced than even human experts have historically assumed.

The conventional wisdom among psychologists and researchers was that human emotions tend to fall within six universal categories:

Researchers found that 27 distinct emotional dimensions — not six — were necessary to account for the way people reliably reported feeling in response to each video (Cowen & Keltner, 2017). The study contradicted the notion that each emotional state is an island.

“There are smooth gradients of emotion between, say, awe and peacefulness; horror and sadness; and amusement and adoration,” researcher Keltner pointed out. When all the emotional responses were mapped, researchers found that the clusters of emotions were not finite — they were all interconnected. 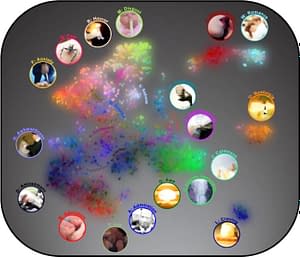 The first group was asked to report their emotional responses freely, “reflecting a rich and nuanced array of emotional states, ranging from nostalgia to feeling ‘grossed out,'” Cowen said.

The second group ranked each video according to how strongly it made them feel the following 27 emotions:

Researchers found that participants’ responses converged, with more than half reporting the same category of emotion for each video.

The third group rated their emotional responses to videos on a scale of 1 to 9  based on such dichotomies as: positive versus negative, excitement versus calmness, and dominance versus submissiveness. Researchers were actually able to predict how participants would rate the videos based on previous participant responses, thus demonstrating universality in human emotion.

Now, you may have noticed that this 27-item list excludes three of the commonly-supported Big 6 emotions (Anger, Happiness, Surprise), while including some interesting new outliers (e.g., Confusion, Craving, Romance, Nostalgia).

But, you may be asking, how can Anger be excluded from the list? Because the outward reaction you may exhibit may, in fact, obscure what you’re really feeling and can be traced back to other emotions. For example, an expression of anger may really be a manifestation of fear or envy. Bullies and bigots, for example, are often highly fearful and/or envious of their victims. A person may exhibit anger because anxiety and insecurity makes them fear they’re being made to look stupid.

And “Happiness,” one could argue, never painted an adequate word picture of a state that might include a wide array of emotions such as joy, awe, satisfaction and entrancement.

So while there will surely be intense debate about such omissions, this new model does allow us to paint a more vivid picture of human emotions. In the past, researchers have struggled to identify the boundaries between emotion categories. After all, how does one go about geometrically organizing the semantic space of reported emotional states?

Explore Your Own Emotional Gradients

As you might imagine, the nuances and interconnectedness of the human emotional landscape is difficult to represent visually. Past frameworks, such as the “semantic spaces” model (representing word meanings in context), have failed to adequately convey the entire spectrum of human emotion. We all may have different concepts of the meaning of a word, after all — a problem which is further complicated by varying cultural influences.

So Cowen and Keltner found that reported emotional experience is better captured by richer categories such as “amusement” than by attempting to rate or measure the dimensions in typical psychological terms, such as valence (attractiveness; good-ness vs. bad-ness) and arousal (activation; increased alertness or attentiveness). Emotion categories, they found, are linked by smooth gradients, contrary to discrete theories of emotion.

In order to shed light on the full palette of emotions that color our inner world, they used statistical modeling and visualization techniques to organize participants’ emotional responses to each video. They created a semantic atlas of human emotions.

These rich and nuanced gradients of emotion are reflected in this interactive map of emotional states that you can explore here:

Mouse over this map to see if your own emotional responses to the videos match those of study participants.

Each of the 27 distinct categories of emotion corresponds to a particular color in varying graduations (e.g., shades of green may reflect Calmness). While you’ll see some relatively clean delineations between one emotion and the next, the visual map also reflects a highly nuanced blend of emotions in gradients.

If you hover over any “character” in this interactive map with your mouse or pointer, a short video pops up, and as it runs, the percentages of each emotion reflected by viewers of that video are displayed at the top of the screen. For example, hovering over one of the green characters pops an image of the Golden Gate Bridge and reflects emotional responses of: 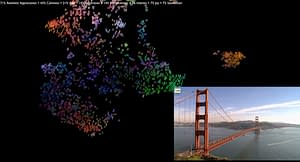 What are the practical implications?

This emotion map acknowledges that in any given moment, we may be experiencing gradients of several emotions, in varying degrees. And each of these emotional gradients may be contributing how we react to events we experience in daily life.

We are not always skilled at identifying and interpreting the emotions of others, nor, for that matter our own — both of which can lead to serious conflicts, miscommunications, misunderstandings and mistakes. All personal and professional interactions — from leadership roles to navigating relationships — would be a whole lot easier if everyone had an intrinsic self-awareness and understanding of all the emotional elements at play, both in themselves and in others. Many broken relationships would never have broken in the first place.

This new 27-emotion model encourages us to explore the entire spectrum of human emotion and evaluate, introspectively, the underlying causes of others’ behavior, as well as our own.